Alright, time for a little break from the boat.

One by-product of this boat is a bunch of empty bourbon bottles lying around (haha, not really (well, ok, really)). Mom has a bottle lamp on her nightstand that my grandfather made from a Wild Turkey bottle. That one I think the bottle was heated and stretched out, which is beyond my ability, but let's see what we can do.

In the simplest form you take something like this kit and you plug it into the top of the bottle. I'm making this slightly more complicated by running the cord through the bottle instead of down from the top. To do that, I need a hole. For best results, I'll try not to break the bottle into a million small pieces or cut myself repeatedly.

I started with several layers of tape (Technically I started by drinking a bottle of Maker's (not all at once)). 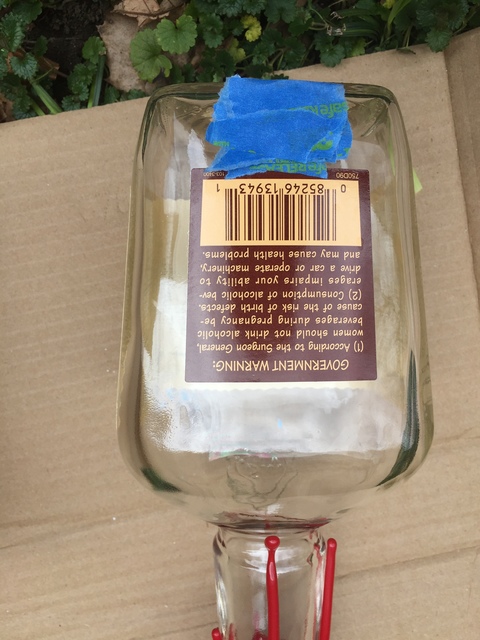 From there, I grabbed the biggest glass drill bit I have (ok, ok, I bought the bits for this project).

The tape gave the point of the bit something to grip so it didn't just wander around and scar up the bottle. I left the tape on once I had a nice divet in the hopes it would give the glass some extra strength against cracking, but I suspect that the tape did essentially nothing in this regard. 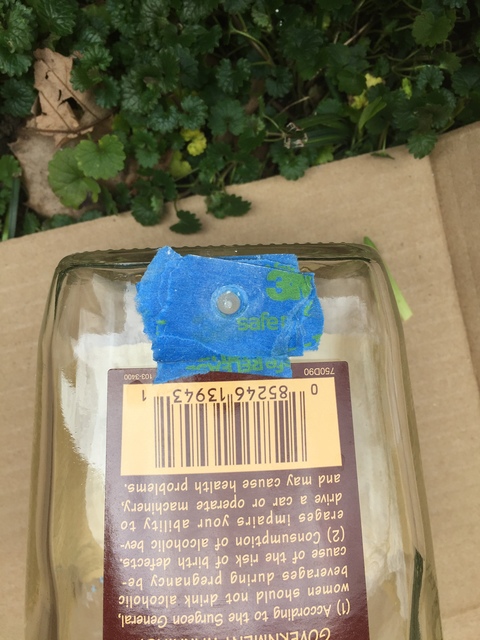 The drilling went smoothly, if slowly. 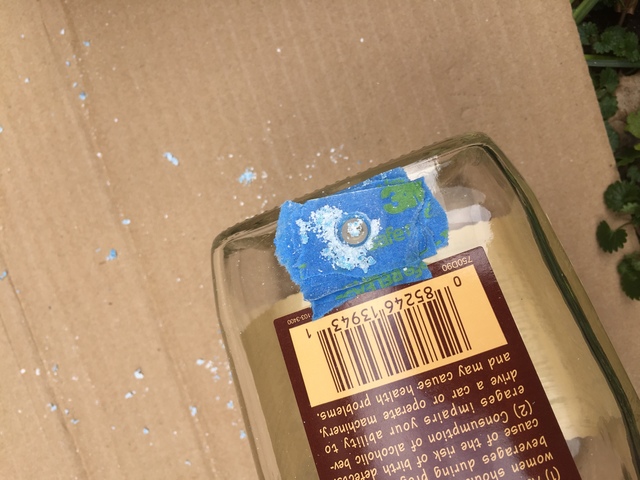 I tried to be careful at the end that the bit didn't fall through and scratch the inside (that's the front!). I was... somewhat successful. 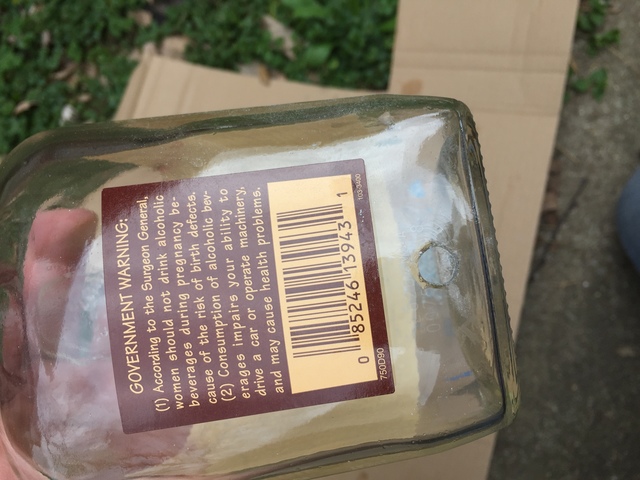 With the tape off the hole looks pretty nice. The kit is pretty straightforward, although I drilled the bottle top instead of using one of the rubber plugs (none of which fit anyway, by the way). Since it was a bottle of Maker's it has the nice wax (probably best to avoid a hot bulb...) and the lid is just a thin piece of plastic. So I mounted the socket in the lid and screwed it on, untwisting the other end of the cord as needed. 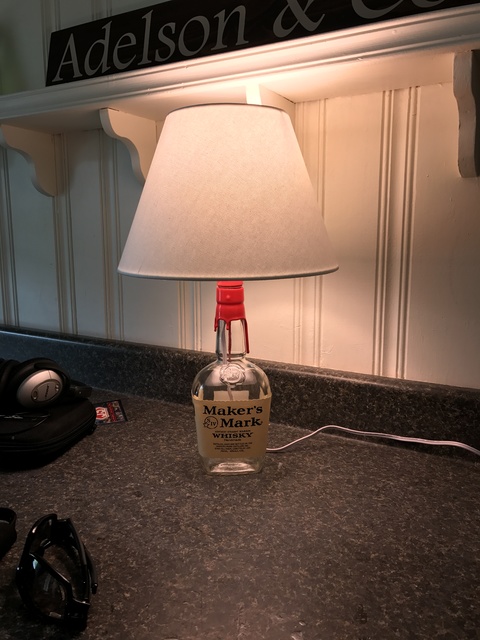 I'd have liked to put a dab of hot glue on the hole I drilled to keep the wire in place but I don't own a hot glue gun. I've seen a picture online of a bottle with a metal pipe down the middle to hide the wire. Another option might be to paint the inside of the bottle a red bourbon color which would also hide the wire. I also had the thought that I could fill it with burgundy sand, which would also give it weight.

The hardest part of this project was actually finding time to drive to Lowe's to get the lamp parts. I bought a harp and finial that I didn't end up using because the shade I bought just rests on the socket. The LED bulb doesn't give off much heat, but I'll keep an eye on the wax over time anyway. Overall, this project was super easy and I think I'll consider doing this again with a nicer bottle.

I have another light project which has been on the back burner for a very long time now.

I should dust that off...

So... Yeah. I haven't written anything here in a while. Unlike the last big slowdown, it's not because boat construction is stalled! In fact: It's only the blog that's neglected.

Progress! I've got the rudder in about the shape I want it. That'll be handy when it comes time to, you know, steer. It's actually possible to steer a sailboat